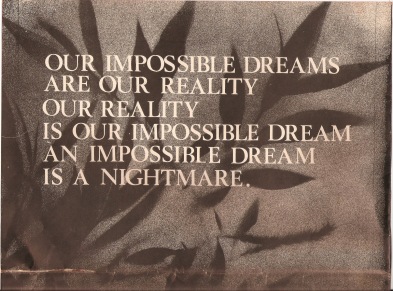 This cult is led by Pastor Clay Peck, who long ago decided

“To dream the impossible dream” (The Impossible Dream Lyrics, Man of La Mancha):

IMPOSSIBLE DREAM TURNS INTO A NIGHTMARE

There was, though, a large obstacle to Pastor Clay’s dream:  “I smoked marijuana almost daily and abused alcohol every chance I got.”  (Clay Peck, My Journey Out of Legalism, 15 Jan 2000, http://www.formeradventist.com/stories/claypeck.html)

The gospel message was plain: 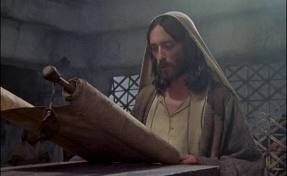 “The Spirit of the Lord is on me,
because he has anointed me
to proclaim good news to the poor.
He has sent me to proclaim freedom for the prisoners
and recovery of sight for the blind,
to set the oppressed free“.  (Luke 4:18 NIV, Holy Bible)

So could Pastor Clay beat his addictions?  Was he ready “To fight the unbeatable foe“?  (The Impossible Dream Lyrics, Man of La Mancha): 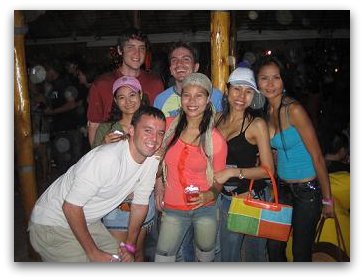 “I obtained my G.E.D. and worked construction for awhile, living an irresponsible, wild and carnal life.” (Clay Peck, My Journey Out of Legalism, 15 Jan 2000)

A WILD AND CARNAL OUTREACH TO THOSE DISCONNECTED FROM THE CHURCH

You see, Pastor Clay wanted:  “To be willing to march into Hell, for a Heavenly cause”  (The Impossible Dream Lyrics, Man of La Mancha):  to “reach out to people who were disconnected from God or from church.”  http://graceplace.org/about/ 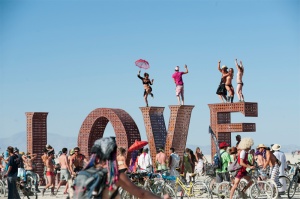 And Pastor Clay was successful in this “outreach”?  Was he able to “To reach the unreachable star” (The Impossible Dream Lyrics, Man of La Mancha)?

He ran into so many people in the bars and nightclubs who were disconnected from God.

And this had something to do with the Gospel? 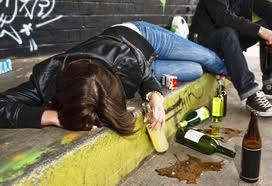 “And the world will be better for this:
That one man, scorned and covered with scars,
Still strove, with his last ounce of courage,
To reach the unreachable star” (The Impossible Dream Lyrics, Man of La Mancha)

And Pastor Clay’s hard work actually did result in a church.

Just not the kind that he had envisioned — the kind where the oppressed could be set free (per Luke 4:18).

Let’s take a look inside Grace Place.  Maybe the cult deals in drugs?

“It is true, by the way, that Christians will be different from non-Christians. But nowhere does the Bible suggest that we should be odd.” (Clay Peck, My Journey Out of Legalism, 15 Jan 2000)

“But for all the new flavors and varieties, it’s not the taste that drives coffee’s popularity.

“I can remember the first cup of coffee I did drink,” says coffee drinker Nora Harvey. “I got a big buzz. I was like, ‘This stuff is legal?'”

INSTEAD OF SETTING THE CAPTIVES FREE, GRACE PLACE MAKES THE CHAINS HEAVIER 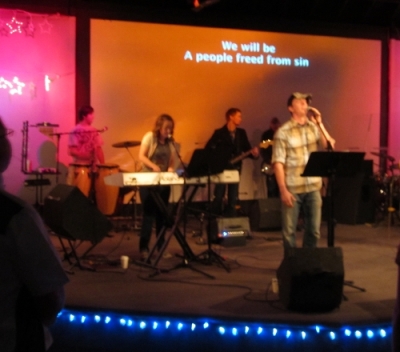 Mind you, “Clay talked about the importance of keeping the gospel of grace the main thing.” http://graceplace.org/about/

“But woe unto you, scribes and Pharisees, hypocrites! for you shut up the kingdom of heaven against men: for you neither go in yourselves, neither allow you them that are entering to go in.” (Matthew 23:13, Holy Bible)

It would be one thing if Pastor Clay wanted to enjoy a blunt in private, but when he deliberately pushes “the characteristic and hallmark drug of our time” (Rome Neal, Caffeine Nation, CBS News, 11 Feb 2009), he keeps addicts in bondage to their substance dependency.

So now you know why his dream of starting up a gospel-centered church is Pastor Clay’s “impossible dream”.

Did Pastor Clay lose his Job as a Catholic Priest because of his Sexual Orientation?  /  The Priesthood, the Old Covenant, and Homophobia

Clay’s Ultra-permissive, Old Covenant Theology of Rape (“half so bad”

The Fall of Pastor Clay Peck